Dr Roel Meiburg studied Biomedical Engineering at Eindhoven University of Technology (TU/e, the Netherlands), where he obtained is MSc degree in 2016. Afterwards, he began his PhD degree as part of the EurValve project, under the supervision of dr. Marcel Rutten and prof. Dr. Frans van de Vosse. The EurValve project aimed to build a decision support system for the treatment of valvular disease. During his PhD, he worked on important aspects of clinical modelling, such as sensitivity analysis, uncertainty quantification, data assimilation and inverse modelling. Outside of EurValve, he also worked on creating physical valve models as a research and educational tool in aortic stenosis.

In March 2020, he joined CARIM as a postdoctoral fellow, focusing his research on the role of right ventricular function during various types of pacemaker therapies in heart failure patients. This is achieved by simulating the placement of a pacemaker lead in a realistic three-dimensional geometry and computing the subsequent electrical activation map, which is then used to inform a mechanical model to calculate local wall mechanics and pump function of the heart.

He is also involved in other projects in the group concerning patient-specific modelling and virtual patient cohort generation. 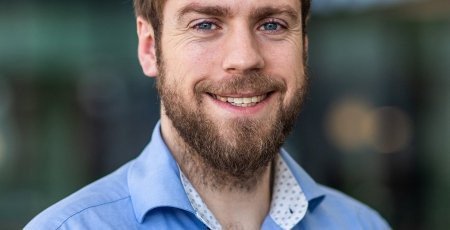