Prof. Monika Stoll graduated from University of Giessen, Germany, where she received her Diploma in Biology in 1991, before finishing a PhD in Pharmacology in 1995 at University of Heidelberg, Germany. She then assumed a post-doctoral fellowship at the Medical College of Wisconsin, USA, where she discovered her interest in complex genetics and genomics. In 2003, she became Professor and Director of the Division Genetic Epidemiology at the Leibniz-Institute for Arteriosclerosis Research, and starting 2014, at the Institute of Human Genetics of the University of Muenster, Germany. In October 2013 she assumed a part-time position as Visiting Professor in Cardiovascular Genetics at Maastricht University. In 2015, she was appointed as Extraordinary Professor of Genetic Epidemiology and Statistical Genetics. In October 2016, she was appointed as Vice-Rector for Research of the University of Muenster.

Prof. Stoll is engaged in research in complex genetics and genetic epidemiology particularly relating to cardiovascular diseases and inflammation. Current research projects address the genetic and genomic basis of arrhythmogenic diseases and heart failure. She is involved in a number of large research networks, such as the EU-funded Horizon2020 consortium CATCH-ME, CVON RACE-V, CVON-PREDICT2 and the ITN TRAIN-HEART, and is responsible for all aspects of next generation sequencing approaches and the analysis thereof in the context of the pathogenesis of cardiovascular diseases. In addition, her group is running a core facility for genomics which supports high-density arrays and next generation sequencing applications and a (bio)informatics infrastructure for management and analysis of such large data sets. 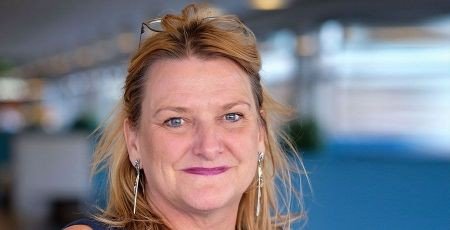