In 2019, 463 million people had diabetes worldwide, at stupendous personal, health-care and societal costs. In 2010, ~10% of global health-care expenditure was spent on treatment of diabetes. Prof. Stehouwer has devoted his career to systematically deciphering the pathophysiology of diabetes and its cardiovascular complications.

Since 1990, the work of Professor Stehouwer and his group has led to 87 completed PhD theses and more than 800 peer-reviewed papers in international journals.

Prof. Stehouwer’s work is well-recognized as shown by a Hirsh index of 121 (Web of Science); >72,000 citations; and several awards, notably the Dr. F. Gerritzen Award for excellent diabetes research (Dutch Diabetes Research Foundation, 1993); the Castelli-Pedroli Award for excellent research into the complications of diabetes (European Association for the Study of Diabetes, 2005); the Dutch Society of Vascular Medicine Career Award (2007); membership of the Faculty of 1000 (2009); Fellowship of the European Society of Cardiology (2009); the Ruitenga Van Swieten honorary professorship of the University of Amsterdam (2009); the Ruysch Lecture Award (Academic Medical Centre - University of Amsterdam (2010); the Donald McDonald Award of Artery Society (2017); and the Clarivate / Web of Science Highly Cited Researcher Award in recognition of exceptional research performance demonstrated by production of multiple highly cited papers that rank in the top 1% for field and year (2020).

His research programme focuses on the elucidation of how metabolic and microvascular changes in (pre)diabetes cause micro- and macrovascular disease. A key element of the programme is to combine epidemiology, clinical physiology and experimental approaches. He obtained national and European funding M€16) for, and is the initiator and Scientific Director of, the Maastricht Study (started 2011), which uses very detailed phenotyping (with a focus on microcirculatory, large artery and cardiac function and structure) in 7000 individuals without and 2000 with type 2 diabetes to elucidate how diabetes leads not only to classic complications but also to so-called emerging complications such as cognitive dysfunction, mood disorders, liver disease, musculoskeletal disease, pulmonary disease, sleep-disordered breathing, and infectious diseases. National and international grants (2007-current) awarded to Prof. Stehouwer amount to the sum of 30.2 M€. 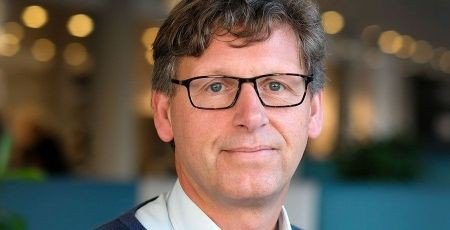